You are here: Home › Is it Unfair to Require an Unnamed Father to Register with a Putative Father Registry prior to the Birth of the Child?
By admin on February 6, 2014 in Adoption Law, Blog 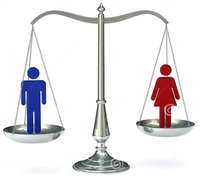 A “putative father” is a man whose legal relationship to a child has not been established (for example — not the husband of the mother), but claims, or is alleged, to be the father to a child.

The Indiana Putative Father Registry was created to protect putative fathers’ parental rights. By registering with the Indiana Putative Father Registry, a putative father is entitled to receive notice if the mother intends to secure an adoptive placement for that child. He would then have the opportunity to contest the adoption.

Some might argue that requiring a man to register with a putative father registry, in order to be notified of an impending adoption, is unfair to the man or violates the Equal Protection Clause of the United States Constitution. Those people would base their argument on the man’s lack of knowledge of the pregnancy. Clearly, if a man knew of the pregnancy, it is not unduly burdensome to require that he register with a putative father registry if he wishes to protect his parental rights in the event the woman decides to pursue an adoption plan for the child (put the child up for adoption; give up for adoption; put the baby up for adoption; put up for adoption).

It is possible that a man might not be aware of the pregnancy. However, even if he knew of the pregnancy, it is unlikely that he would know when a baby was born, especially if the mother does not want him to know. For example, under Indiana Law, a man may register anytime during the pregnancy and up to 30 days following the birth — a total of 310 days (40 weeks of pregnancy + 30 days following the birth). In other words, the birth is not the event that triggers the need to register. While a man may not know of the pregnancy or when the birth occurs, he absolutely knows when he had sex with the woman. The theme underlying an adoption code that includes a putative father registry is that a man who has sex with a woman needs to take responsibility for his actions. The woman, who gets pregnant, has no choice but to take responsibility. Even if she aborts, there are consequences to her actions of having sex. If a woman has to take responsibility, if not from the moment of the sexual intercourse, certainly within a couple of months of the sexual intercourse (either by being pregnant or making the decision not to be pregnant by having an abortion), why is it unfair for a man to take responsibility by registering prior to, or shortly after, the birth?

To read more about this topic please click here.

I encourage you to comment below to share your opinion on this matter. Do you agree with the Putative Father Registry, or not? If not, what alternative do you propose and what is your reasoning?

Adoption Deception: Know Who You Are Working With
DCS Adoptions: Picking the Right Attorney